His last 6 CD’s have spawned 5 U.S Billboard charting singles, two of which went to the Top 10. His 5th album Moments had two radio singles, “Sip and Salsa” and “Rite of Passage” that debuted as Billboards most added tracks in the fall of 2015 and the first months of 2016. His summer single “Hang Time” and fall single “Eros” both made the most added new songs on the U.S Billboard charts for 2016! His holiday single “Christmas Moments” was also a top added Billboard track. Rob’s 6th album SYNERGY released in January 2018 had his first single Synergy debut as one of the most added on the U.S Billboard Smooth Jazz charts and spent 3 weeks at #1 on the Wave.FM charts in Toronto. His second radio single titled “Perseverance”, in the summer of 2018 posted on several of the U.S smooth jazz charts! His Latin inspired single “Hope” debuted Spring 2019. His latest multi-album release DIVERSITY is a 4-volume/album compilation in his various musical styles featuring all new material and re-mastered songs from all his past six recordings. His first Diversity volume Smooth and Chill debuted in Feb 2020, then in March 2021 followed by his 8 th , Volume 2 Contemporary Funky / Jazz which produced two chart busting hit songs B Positive and Walk It Like You Talk It. Volume 3 Nylon String Energy debuts this March 2022 and Volume 4 Guitar Aficionados will follow in spring 2022. Also released in summer 2020 was the first of his two highly anticipated rock albums featuring his reformed band Paradise Alley, with the upcoming five song EP due out in Summer 2022.

His recent awards include being a finalist and honorary mention in the 2019 International Songwriting Competition, winning the 2018 Established Solo Music Instrumental Mississauga Arts Award, placing 1st overall in the prestigious 2017 IAMA (International Acoustic Music Awards), 2010 Canadian Smooth Jazz Guitarist of the Year, the #1 spot on the U.S.-based, Music Choice Contemporary Jazz charts for 4 weeks, being named Mississauga’s “Established Performer of the Year” in 2007, and nominated again in 2016 and 2017 for his musical contributions, an award won previously by Oscar Peterson and Rik Emmett! 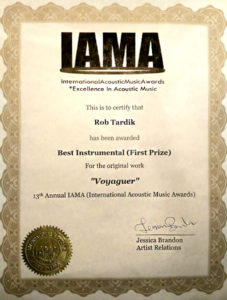 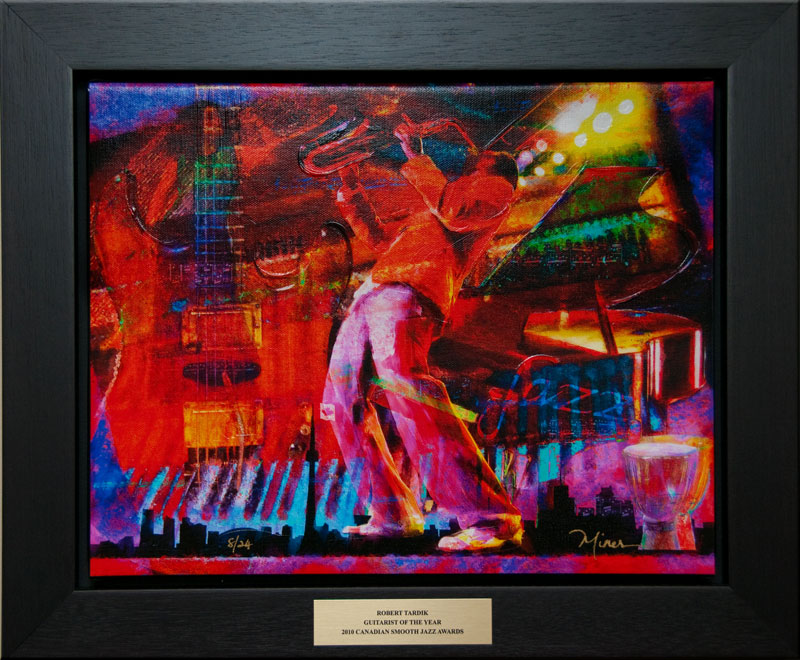 Rob Tardik is honoured to be endorsed by D'Addario Canada
:: manufacturer of fine musical instruments and accessories...
"I have been using their strings for all my nylon and electric guitars forever. Their Hard Tension EXP46 Nylon strings last 3-4 times longer, hold their clarity and intonation and don't turn green on me after a weekend of gigs!"
~ Rob Tardik
www.daddariocanada.com/artists.html
...Endorses Rob Tardik
"I can honesty say that the Godin Multiac has been my bread and butter guitar for the last decade. Gig after gig, its reliability, tone, and flexibility of use in so many crossover genres that I perform in has been nothing short of amazing. Having the balance of the nylon strings, synth access, ease of playability and lack of feedback makes it my #1 choice for a gigging instrument and for all my musical needs! Thanks Godin for building such a unique and exciting instrument!"